The AT&T Pebble Beach Pro-Am is always a really fun and exciting tournament to watch each year. It draws some of the best professional talent from across the world including Dustin Johnson and Phil Mickelson as well as rising stars like Victor Hovland. But more importantly, the tournament is host to some awesome and hilarious amateur golfers including Larry Fitzgerald, Bill Murray, Wayne Gretzky and Larry The Cable Guy to name a few.

The tournament begins with a 3-day rotation at the 3 courses in the area, Pebble Beach Golf Links, Spyglass Hill Golf Club and Monterey Peninsula Country Club. 54 holes later, the top 60 professionals as well as the top 25 pro-am teams move on to the final round.

Some of our favorite moments from the tournament include Bill Murray's antics. After missing a putt just long of the hole, he chased after it and, without looking, tapped it in backwards. The crowd loved it. Later in the round, Murray grabbed a cup from a fan and downed a shot of tequila at ease. Might we say a Tipsy Golfer in his element on Sunday? I think so!

Pictured below is Bill in his Sunday outfit. Iconic to say the least. 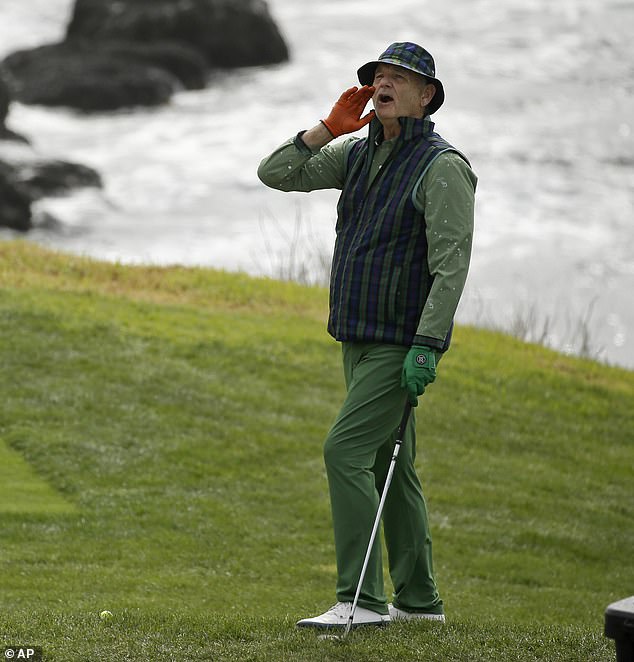 The AT&T Pebble Beach Pro-Am 2020 was a great success and we are excited to see what other surprises Bill Murray has in store for us next year.